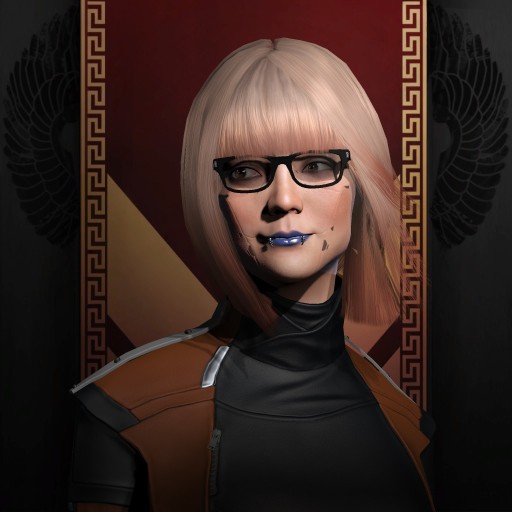 Kattniss Whateverdeen was born on New Caldari and was educated in elite private schools. In her youth, she was facinated with Geography. She continued to work in the feild, assisting her father's plantary corporation with various admistrative tasks. After her father was enslaved by Sansha's Nation, she a large amount of interstellar wealth. The majority of it's source is unknown.In order to best use the fiances avaible to her, Kattniss became a capsuleer, along with lifelong friend Starrybutter, and forged a new corporation, with a focus on workers rights.Her sister's Amarr influences brought her into Mimtar space, after a few failed ventures.